Menu
Log in
Register
Install the app
You are using an out of date browser. It may not display this or other websites correctly.
You should upgrade or use an alternative browser.

Review of the Norden prototype 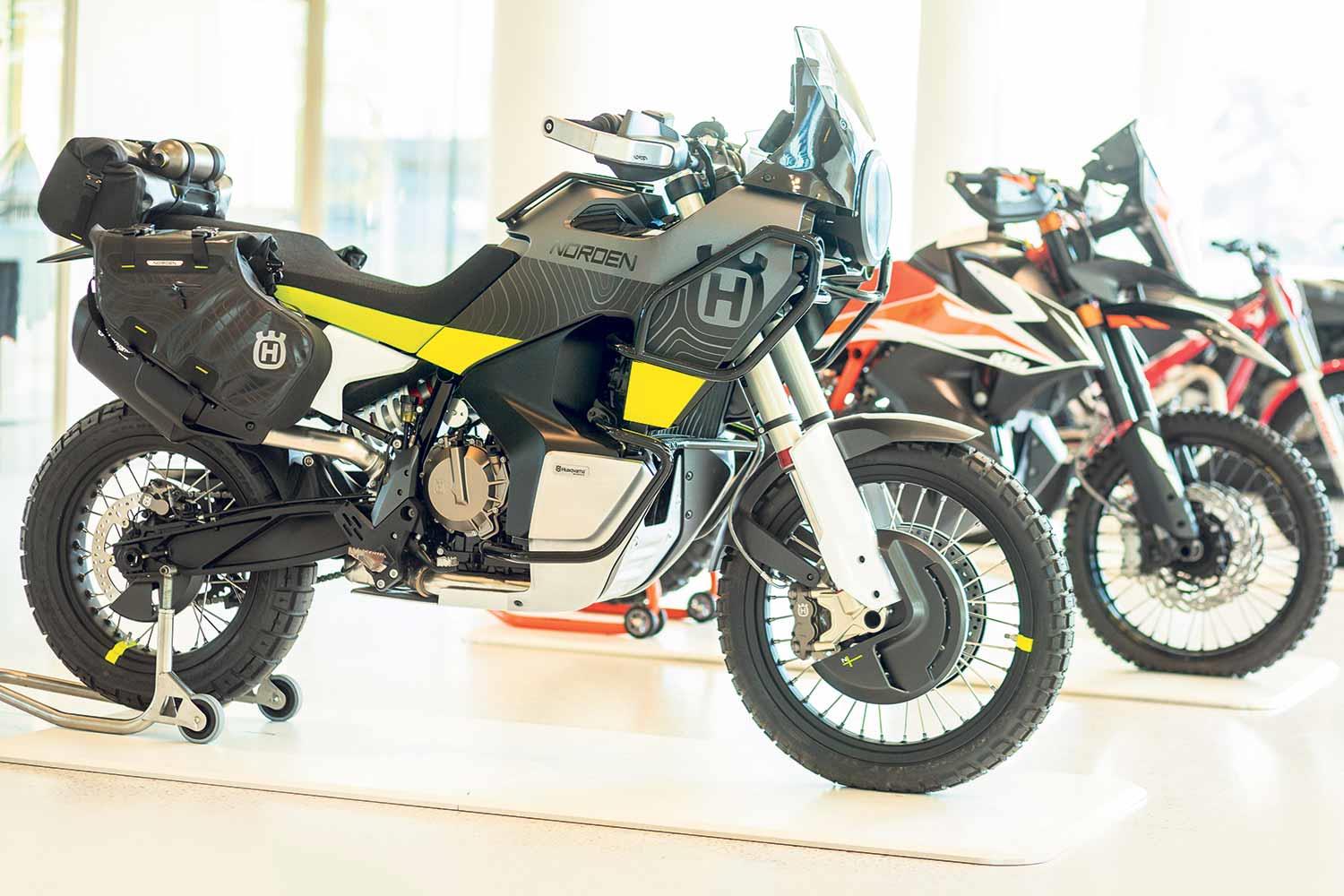 New Norden 901 review: Husqvarna let us take their adventure prototype for a spin

See Husqvarna's first ever adventure bike, the Norden 901, and find out what we know so far here.

Will be released as a 2022 model according to this article.

Hey, I missed this! Great to see someone has been on it. Good post nampus, Thank you!
From the review:

After half a day riding the first early prototype it’s clear that the 901 promises to be a different take on Adventure Touring than the KTM model it shares its engine with. It offers a slightly softer – luxurious, even - more real- world alternative to the sportier 890 Adventure R.
It’s subtly more welcoming, especially as you sit more in the bike than on it, so you feel part of the bike and can ride it very intuitively. Though we only rode it on-road it had quite extensive suspension travel at each end, a 21in front wheel and 18in rear, and the electronics include Bosch cornering ABS, lean-sensitive traction control, and a range of riding modes including an off-road setting.
But as an hour-long dust-up on challenging roads winding their way through the hills of Upper Austria proved, the Norden is a seriously capable tarmac tool that gives nothing away in terms of handling to more street-focused rivals, while also doubtless being just as capable off-road, thanks to the broad range of power from that torquey yet eager-revving 889cc version of KTM’s LC8c motor.
And it should be a great long-distance machine too, because of the cosier riding position – though like everyone else we’ll have to wait until the production version is launched as a 2022 model one year from now to find out. Definitely worth waiting for, though!
Click to expand...